SynTech South East Asia has just celebrated its tenth anniversary at its Headquarters at Sta. Arcadia, Cabanatuan, in the Philippines. The event included the planting of Eucalyptus trees, to symbolise the anniversary. Five of them were dedicated to the original five “founding fathers” of the Company (Khosro Khodayari, Lino Rondon, Ben Rodrigues, Paul French and Pierre Eschenbrenner). Trees were also dedicated to employees reaching 10 years’ service in the company – Lino Rondon, Arnold Avendano and Conrado Bidaswa

In December, the team will be planting a further 20 trees, when – along with other events at SynTech locations – it will be commemorating 20 years since the creation of SynTech Research. 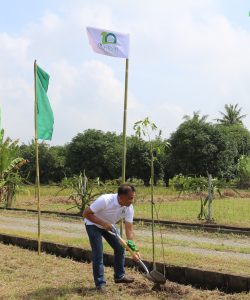 Conrado Bidaswa plants one of the 20 Eucalyptus trees. 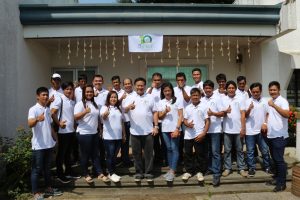