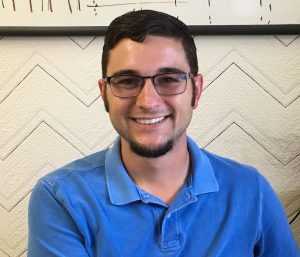 Milo Lewis has been appointed as Bioefficacy Field Program Lead for North America, responsible for coordinating the SynTech Research program in the Region, including trial contracting and placement

Milo currently manages the Bioefficacy program at the SynTech Research Center in Sanger, California and has conducted a variety of field trials on the West Coast. He has a B.S. in Biology from Texas Tech University and an M.Sc. in Entomology from Texas A&M University.

Milo will be based in Lubbock, Texas, where SynTech will open a new field satellite for Bioefficacy, Residue, and Seeds and Traits trials. This will be one of SynTech’s key locations for seeds/traits trials in cotton, in addition to work on other major local crops.

Milo will assume his new responsibilities beginning in November and the new site will be fully operational for the 2018 field season.

Milo can be contacted at: mlewis@syntechresearch.com