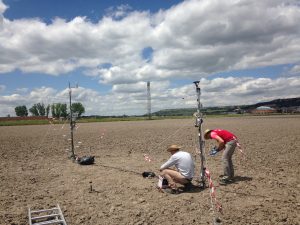 SynTech Research Spain has again demonstrated its capability to meet a new challenge, having just completed the 1st GLP Flux Study for a Plant Protection Product to be made in Europe.

The aim of the study was to provide evaporative flux measurements during and after application, according to GAP under open field conditions.

The test system comprised inhalation personal air sampler dosimeters (air filters) evaluated at several heights, in order to cover both adults and children bystanders’ exposure. The study was done in a major representative area for the PPP applications in Spain during May 2016.

The rate of fumigant movement from the treated area to the atmosphere (field flux) is back calculated from these samplers, based on the measured fumigant concentrations around the plot boundaries and meteorological data. The results obtained will be used as supporting data for risk assessments. 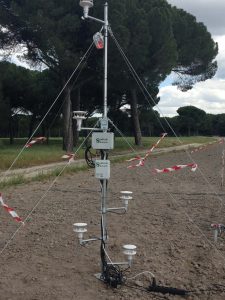 The trial sponsor was impressed with SynTech’s deployment of technical and human resources and the high quality of the work done.